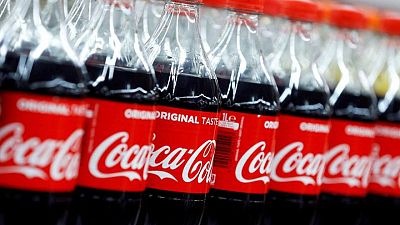 – Coca-Cola HBC said on Tuesday it had contingency plans to cope with the escalating Russia-Ukraine crisis, as the London-listed soft drinks bottler reported a surge in annual profit driven in part by its large Russian business.

It shares tumbled 7% in early trade.

The company, one of Coca-Cola’s many bottlers worldwide, said it was considering stockpiling ingredients to limit any disruption in Russia, after Western nations threatened new sanctions following Moscow’s recognition of two breakaway Ukrainian regions.

“We have contingencies in place for all scenarios, including alternative sourcing, so that we can act swiftly to whatever happens,” Chief Executive Zoran Bogdanovic told Reuters.

He said Coca-Cola HBC, which operates in 29 European and African countries and counts Russia and Nigeria as its two biggest markets, had learned lessons from its experience during the 2014 Russian-Ukrainian conflict.

“We ensure that we have the right level of stocks in our markets to avoid disruptions,” the CEO said.

The company holds local Coca-Cola franchises to bottle and sell drinks produced by the U.S. beverage giant, which holds a roughly 23% stake in the Switzerland-headquartered company.

“The business has delivered a very strong recovery in 2021, with all key metrics above pre-pandemic levels,” Bogdanovic said in a statement, adding that the firm faced inflationary pressures ahead.

Soft drink makers such as Coca-Cola and PepsiCo have flagged profit pressures for this year from a relentless rise in costs related to labour, shipping and aluminium cans, pushing them to hike prices.

“We have looked at all types of scenarios and have ensured that we have contingency plans in place in case there is disruption,” he said.