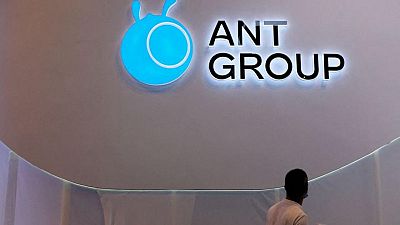 -Chinese regulators have asked state-owned firms to kick-off a fresh round of checks to find out their investments into and other linkages with billionaire Jack Ma’s Ant Group, three people with knowledge of the matter said.

State-owned banks and non-bank firms are among the entities that have been asked by the regulatory authorities to make checks, said the sources, declining to be identified as they were not authorised to speak to the media.

The request came last week, one of the sources said. It was not immediately clear if the firms have been given a deadline to submit the information nor what action, if any, will be taken after that.

Ant, an affiliate of Alibaba Group, has been subjected to a sweeping restructuring by China, whose initial public offering (IPO) of $37 billion, which would have been the world’s largest, was derailed by regulators in late 2020.

Since the IPO’s cancellation, Ant, controlled by Alibaba’s billionaire founder Ma, has embarked on a regulatory-driven restructuring plan that would see it become a financial holding company.

The latest regulatory move comes as authorities continue to roll out new initiatives for the country’s technology sector, which has been subjected to a year-long regulatory crackdown, to keep financial risks under control.

The move also added to investor concerns that Beijing could continue with its clampdown this year, triggering a selloff in the technology sector on Tuesday. Alibaba shares dropped as much as 5.3% to their lowest since Jan. 28.

Shares in Alibaba, which is also listed in New York, had rallied late last year with investors betting on the central government relaxing its scrutiny over Ma’s business empire.

In the latest move, the regulatory authorities have asked the state-owned firms to submit details of investments in equities, and exposure to asset-backed securities, and loans in relation to Ant.

Cinda scrapped the deal to buy a 20% stake worth about $944 million in Ant Group’s consumer finance arm because of pressure from state authorities, people with knowledge of the matter had said.