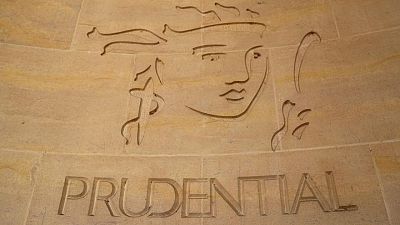 LONDON -The incoming chief executive of Asia-focused insurer Prudential may be based outside Hong Kong initially, a spokesperson said on Friday, as the financial hub grapples with a surging COVID-19 pandemic.

Prudential last week set up a new base for its top executives in Asia rather than London, with outgoing CEO Mike Wells to retire next month.

Prudential’s Asia headquarters are located in Hong Kong, though the group is domiciled in London.

“We expect the new CEO may be based outside of Hong Kong until, from a practical perspective, it is easier to be able to run a pan-Asian and African business from there,” a spokesperson said in an email.

Current finance boss Mark FitzPatrick will become Prudential’s interim CEO, though he has requested not to be considered for the CEO position.

Prudential’s plan comes as Hong Kong has had stiff quarantines in place for two years, and last year introduced some of the strictest entry rules in the world, regardless of vaccination status.

The Chinese territory is following Beijing’s “zero-COVID” policy rather than adapting to life with the virus.

As a result of that policy, more expats are thinking of leaving, and global banks, asset managers and corporate law firms are facing up to many of their staff exiting after annual bonuses are paid out in the first three months of the year, Reuters reported last month.

Hong Kong leader Carrie Lam said on Friday that it would take up to three months to stabilise a worsening COVID-19 pandemic that has overwhelmed health facilities and forced the postponement of an upcoming leadership election.