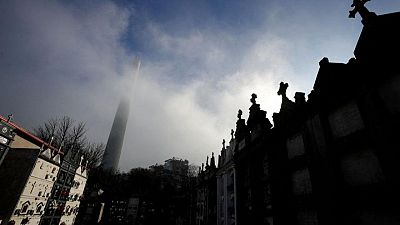 BRUSSELS – The European Union is considering making more information available on trading in its carbon market, according to a draft document, amid calls from some governments to limit financial speculators’ participation in the scheme.

Tougher EU climate targets and high gas prices leading some power generators to switch to higher-emitting coal have helped to drive a jump in carbon prices in recent months. Permits in the EU carbon market hit a record high of 98.49 euros a tonne this month, having risen by about 150% in 2021.

As prices have soared, countries including Poland have stepped up calls for the EU to restrict financial speculators’ participation in the market. The European Parliament’s lead lawmaker on upcoming reforms of the scheme this week proposed rules to make participant’s behaviour more transparent.

The European Commission looks set to address those concerns, in a communication due to be published on Mar. 2.

“The Commission will look into ways to ensure a more granular public reporting on different types of derivatives. In particular, better visibility and improved scrutiny of the market in options contracts could yield further insight into the overall market dynamics,” a draft of the communication said.

Europe’s carbon market forces factories, power generators and some airlines to buy permits to cover their emissions. The amount of permits released into the market gradually decreases each year, to ensure emissions also decline.

Derivative contracts account for most EU carbon trades. EU securities regulator ESMA publishes weekly reports based on data including participants’ positions in carbon derivatives, and in November published a preliminary investigation which said there was no evidence of manipulation in the market. Its final report is due next month.

“Based on the final ESMA report the Commission will assess in 2022 whether certain trading behaviours would require further regulatory actions,” according to the draft, which could change before it is published.

The document said high CO2 prices were not behind the recent surging in Europe’s electricity prices, which were mostly driven by rising natural gas costs.

“The effect of rising gas prices on the electricity prices is around eight times bigger than the effect of the carbon price,” it said.