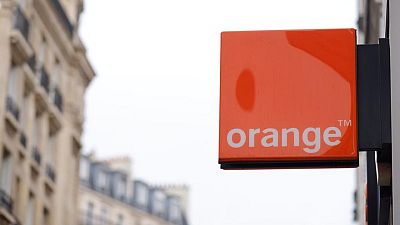 The state-controlled former monopoly struggles to maintain strong upward momentum in revenue, caught between the need to upgrade networks while contending with competition in a fragmented European telecoms market.

It also expects cash flow from telecoms activities to be higher than 2.9 billion euros, an improvement from the 2.4 billion cashed in last year.

Orange braces for a governance revamp as its new chief executive officer, Christel Heydemann, is slated to take over on April 4 following a 12-year tenure of Stephane Richard.

Richard’s departure was precipitated after a court convicted him of complicity of misuse of public funds. Richard denies any wrongdoing.

Heydemann will take the reins of the group, whose stock performance is lagging behind peers, as it pursues a turnaround of the Spanish division and amid high market expectations for deals in the mobile towers business.

In a call with reporters, Chief Financial Officer Ramon Fernandez said Orange’s Totem division, which regroups about 26,000 tower sites in France and Spain, was well positioned if any deal were to happen this year.

He confirmed the target of a return to core operating growth in Spain, its second-biggest market after France, in 2023.

Orange maintained its dividend policy of 0.70 euro per share in 2022 and confirmed an organic cash flow from telecom activities of at least 3.5 billion euros next year.