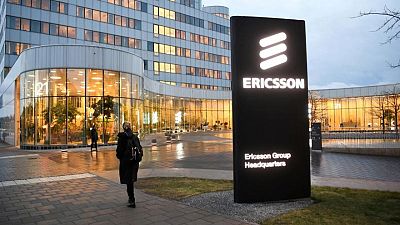 STOCKHOLM -Ericsson informed the U.S. Department of Justice (DoJ) about an internal investigation into payments in Iraq when it signed a Deferred Prosecution Agreement (DPA) in 2019 to settle separate corruption probes, sources familiar with the matter said.

The Swedish company’s shares fell 14% on Wednesday over concerns that it might be subject to another fine by the DoJ following the disclosure of its Iraq investigation that found evidence of misconduct.

One of Ericsson’s largest shareholders, Cevian Capital, told Reuters the company’s actions were “unacceptable” after disclosure that some payments made in Iraq may have reached militant organisations, including Islamic State.

“The information that has now emerged is serious and the company’s actions are, of course, unacceptable,” Christer Gardell, Cevian’s managing partner and co-founder said in a statement to Reuters.

“As we understand the situation, the DoJ was informed about the internal investigation at the time of the so-called Deferred Prosecution Agreement, and Ericsson losing almost SEK 50 billion in market value yesterday is a strong overreaction,” he said.

The DoJ did not immediately respond to requests for comment.

An Ericsson spokesman said it does not comment on dialogue with the U.S. authorities under the terms of its DPA.

Analysts said if Ericsson had not shared its findings with the DoJ, this could have posed serious financial risks for the company.

Ericsson went through several rounds of restructuring over the past decade and it faced a U.S. investigation into its anti-corruption programme.

“What has emerged with the ‘Iraqi situation’ is a remnant of this old mismanagement, “ Cevian’s Gardell said.

Swedish investment company Investor AB and Industrivarden are two of the largest investors in Ericsson with big voting rights and a say on how the company is operated.

An Investor AB spokeswoman said Ericsson’s Board and management had its full support. Industrivarden did not immediately respond to a request for comment.

Ericsson started to turn around under CEO Borje Ekholm, who had served for a decade as CEO of the Wallenberg family-backed investment firm Investor AB.

“The company today takes these issues very seriously and has invested significant resources in solving the historical problems and ensuring that no new issues arise,” Gardell said. “It needs to urgently address the remaining complexity and loss making businesses to help reduce such mismanagement in the future.”

Ericsson’s shares have doubled in the last five years, but Gardell thinks the valuation is still low. Cevian, which started investing in Ericsson in 2017, currently holds around a 4.55% stake based on stock market disclosures.

“With a valuation below 8× 2022’s expected operating profit, the company is one of the cheapest large caps in Europe,” Gardell said.