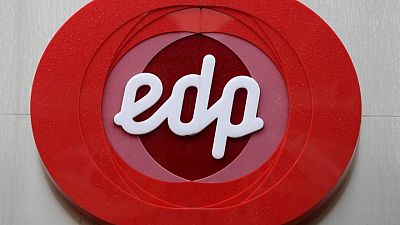 Its recurring net profit rose 6% to 826 million euros, boosted by “a strong performance in renewables globally, the integration of Viesgo in Spain and the growing activity of networks in Brazil,” it said in a statement.

“The objectives are clearly being met…we deliver the targets set on a recurring basis and we have the lowest debt in 14 years,” Chief Executive Officer Miguel Stilwell d’Andrade told a news conference.

One year into EDP’s new business plan, he said the company was delivering sustained growth, despite challenges including the impact of supply chain problems that have delayed some solar projects.

Gross capital expenditure increased by 20% to 3.5 billion euros from a year earlier, while net debt fell 6% to 11.6 billion euros.

EDP’s wind and solar power unit, EDP Renovaveis, on Wednesday posted a 18% rise in net income to 655 million euros and it its EBITDA rose 6%, while the Brazilian unit Energias do Brasil reported a 43% rise in net profit to 377 million euros.

As of December, 81% of EDP’s 21.3 gigawatts (GW) of installed capacity was from renewable sources. It added 2.6 GW of capacity last year and the CEO said another 20 GW of solar and wind capacity would come onstream by 2025.

EDP’s business plan predicted an unprecedented investment of 24 billion euros between 2021 and 2025 in renewable power and grids in the United States and Europe as it seeks to go “completely green” by 2030.