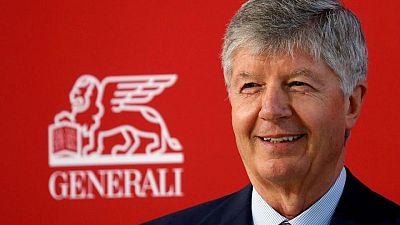 MILAN -The chairman of Italy’s biggest insurer, Generali, plans to step down in April after 11 years in the job, saying that current tensions among investors were a source of regret.

Gabriele Galateri di Genola told the board he would continue as chairman only until a shareholder meeting when investors are due to vote on a new team of directors.

His departure comes at a delicate time for Generali, with some influential investors opposed to Philippe Donnet staying on as chief executive for another term, although its top shareholder backs him.

“I will leave the board in full harmony,” Galateri, who is 75 and a former Fiat chief executive, wrote in a letter seen by Reuters on Wednesday.

He indicated it was time to allow a more independent chair to take the position after such a long time in the role.

“I have done the sums and it’s almost amazing to realise I have been chairman for 11 years,” he added, noting he had also previously served for seven years as vice-chairman.

He did not directly link his departure to pressure for reform at Generali from investors Francesco Gaetano Caltagirone and his fellow Italian billionaire Leonardo Del Vecchio.

However, he expressed “regret for recent tensions in the shareholder base that Generali certainly doesn’t deserve.”

The insurer later on Wednesday said in a statement its board appreciated Galateri’s decision, which was in line with plans to pick a future chairman who fully met independence criteria.

Under Italian corporate governance rules, a board member can no longer be considered as independent after three mandates.

Construction magnate Caltagirone and Del Vecchio, founder of eyewear company Luxottica, have both opposed plans by Generali’s board to retain Donnet, who has been CEO since 2016.

The pair want the insurer to be more ambitious in expanding via acquisitions.

Donnet retains the support of Mediobanca, the leading Generali investor, ahead of a shareholder meeting at the end of April.

It is not clear who will succeed Galateri in the chairman’s role, with independent Generali director Diva Moriani seen as a possible candidate.

Generali’s board is working on a slate of candidates for the new board to be put to a shareholder vote in April.

After discussing an initial list of more than 25 names, the board on Wednesday examined a short list of 15 to 20 candidates.

It is expected to meet again on Monday to discuss criteria for the composition of the board before finalising the list in March.