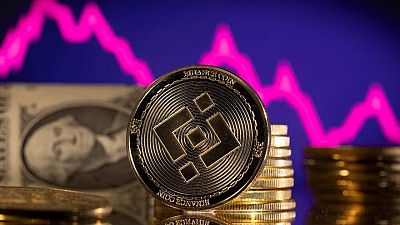 By Tom Wilson and Huw Jones

LONDON – Britain’s financial watchdog said on Wednesday it had too few powers to stop Binance from accessing a key UK payments network despite its concerns about the cryptocurrency exchange.

Binance said on its website on Tuesday that users could deposit sterling via Faster Payments, a network that oversees payments and bank account transfers in Britain.

The move is likely to allow the world’s biggest cryptocurrency exchange to reach more customers in Britain. A Binance spokesperson said it had partnered with payments company Paysafe to access Faster Payments.

“Our concerns about Binance remain,” an FCA spokesperson said. “We received a notification of this business partnership but have limited powers to object to arrangements of this kind.”

“Paysafe is aware of our concerns and is subject to close ongoing supervision consistent with our approach for firms of its size.”

Britain’s finance ministry is due to set out later this year how the hitherto largely unregulated crypto sector should be overseen.

In response to Reuters questions on the FCA’s concerns, which were first reported by the Financial Times, a Binance spokesperson said it takes a “constructive and collaborative approach” to discussions with regulators.

Paysafe said it was “very impressed by Binance’s commitment to grow as an evolving and maturing business.” It said it took its regulatory obligations “extremely seriously” and that it had “performed thorough due diligence on Binance to ensure that they also comply with these high standards, as we do with all merchant partners.”

“We closely monitor activities across all of the businesses we work with and if any suspicious activity occurs it is reported to the relevant authorities as a priority,” it said.

Pay.UK, which owns Faster Payments, did not immediately respond to requests for comment.

Pay.UK sets rules for Faster Payments members but does not have the “legal or regulatory” authority to enforce them, it told Reuters last year.