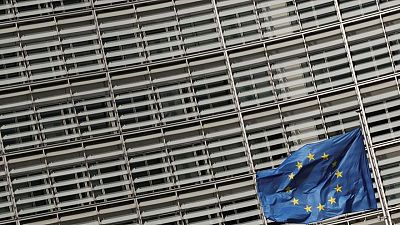 STRASBOURG – Europe’s effort to set a standard for artificial intelligence will likely take more than a year, with the debate focusing on whether facial recognition should be banned and who should enforce the rules, two key lawmakers said on Wednesday.

The European Commission last year proposed draft AI rules, seeking to take the lead in a key technology dominated by China and the United States.

The move came after the COVID-19 pandemic showed the importance of algorithms and internet-connected gadgets in daily life. The EU executive has to negotiate its proposal with the European Parliament and EU countries before it can become legislation.

Parliament may agree on a common position in November, kicking off talks with EU countries that could take a year and a half, Dragos Tudorache, one of two lawmakers steering the issue, told Reuters in an interview.

He said facial recognition is a key topic. The Commission wants to allow its use by law enforcement in terror attacks and serious crime. But civil rights activists fear it could facilitate discrimination and surveillance by governments and companies.

“Facial recognition is going to be the biggest ideological discussion between the right and left,” Tudorache said.

“I don’t believe in an outright ban. For me the solution is to put the right rules in place,” he said.

Lawmaker Axel Voss, who is looking into the legal framework, agreed that facial recognition should be allowed with safeguards in place.

While the Commission wants national authorities to enforce the rules, Tudorache said some aspects should be handled by the Commission.

“There needs to be a more centralised approach, a hybrid approach where the basic implementation is at national level by national regulators and certain applications and certain impact left to the Commission, a bit like the EU competition regime,” he said.