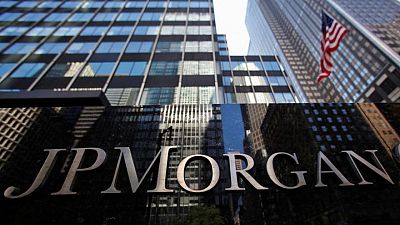 LONDON – New rules are needed urgently to give banks certainty in handling cryptoassets on behalf of big customers who want to enter the rapidly evolving market, a senior executive from U.S. bank JPMorgan Chase said on Tuesday.

The largely unregulated $2.7 trillion cryptoasset sector, which includes bitcoin, is still relatively small, but there are currently no bespoke rules on how much capital banks should set aside to cover activities in the sector.

This leaves international banks in limbo and regulators behind the curve.

Big institutions like hedge funds and investment funds are becoming increasingly interested in cryptocurrencies and are looking to banks to act as their intermediaries.

Debbie Toennies, head of regulatory affairs at JPMorgan Chase’s corporate and investment bank, said some very large players had asked it to hedge their exposures to cryptoassets.

“I do think we need a globally consistent regulatory framework. It’s important that we get to a solution as quickly as possible,” Toennies told an event held by the International Swaps and Derivatives Association.

Global banking regulators at the Basel Committee have suggested punitive capital charges on banks holding cryptoassets, but any final rules are not expected until 2023 or later.

Toennies said JPMorgan had been talking to different jurisdictions about “interim treatment” for cryptoassets while the Basel Committee completes its work.

“The real risk to all of our economies is that if we don’t get to a solution that allows banks to engage with our clients in a hedged way, this activity will go outside the regulatory perimeter, and I am concerned about financial stability,” Toennies said.