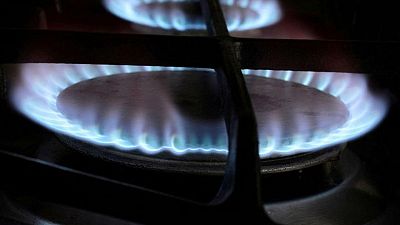 LONDON – Britain’s energy market regulator Ofgem will introduce two short-term measures to help to stabilise the UK energy market, it said on Wednesday, after soaring prices have forced dozens of suppliers to quit the market.

Ofgem said the measures should help to protect consumers who face a further jump in energy prices from April after the regulator raised its cap on the most widely used energy tariffs by 54% after record global gas prices last year.

Over the past year about 30 British energy suppliers have left the market, with 26 going bankrupt since August 2021.

Later on Wednesday, Sky News reported that Ofgem faced a legal hearing on Thursday that aimed to limit the regulator’s ability to claim hundreds of millions of pounds from the remnants of collapsed suppliers.

An Ofgem media official said the case was brought by the administrators of a number of failed suppliers, adding it did not comment on ongoing legal proceedings.

Under the regulator’s short-term measures, energy suppliers will have to offer existing customers the same energy tariff deals as new customers.

Ofgem said it will monitor how effective this measure is before considering whether it becomes a long-term solution.

Energy suppliers will also have to pay a charge to a previous supplier when they acquire a new customer, which will be triggered only if wholesale energy prices fall considerably below the price cap.

“Alongside tougher financial regulation, this will make sure that energy companies do not take disproportionate financial risks and suppliers who have done the right thing by purchasing energy in advance for their customers aren’t penalised,” an Ofgem spokesperson said.

The measures will also protect the ability of switching consumers to benefit from cheaper tariffs when prices fall, the spokesperson added.