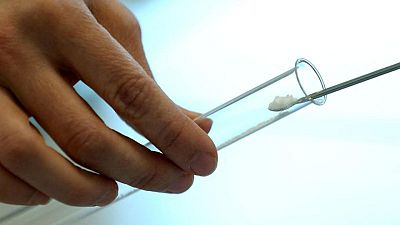 By Victoria Waldersee and Ilona Wissenbach

BERLIN -Vulcan Energy Resources shares rose to 5.81 euros ($6.49) on Tuesday as the German-Australian lithium and energy company listed on Frankfurt Stock Exchange, a move it hopes will widen its European investor base as it prepares for commercial production.

Vulcan Energy is already listed on the Australian Stock Exchange where its shares closed 0.79% higher on Tuesday at A$8.91 ($6.36). The shares had opened in Frankfurt at 5.65 euros.

CEO and co-founder Francis Wedin told Reuters the decision to list in Frankfurt reflected a conviction the company had matured enough to attract a more conservative European investor base after its launch on the Australian exchange where raw material projects are more commonplace,

Co-founded in 2018 under the name Koppar Resources Ltd and renamed the following year, Vulcan Energy has signed contracts with automakers Volkswagen, Stellantis and Renault as well as Umicore and LG Chem’s battery unit LG Energy to supply up to a combined total of 282,000 tonnes of lithium hydroxide over five to six-year terms.

Demand for lithium, a key component in electric car batteries, has soared as automakers speed up efforts to produce electric vehicles. Western countries are racing to bring on new sources of lithium to compete with supply from China, Australia and South America.

Vulcan Energy has obtained licences for more than 1,000 kilometres of land in southwest Germany where it plans to extract super-hot lithium-rich brine from underground reservoirs and use the heat to produce electricity and extract the lithium from the brine.

But before starting production, the company must conduct seismic surveys, complete a feasibility study and engage with local stakeholders over where to drill, which could take longer than hoped due to opposition from residents close to some of its sites.

“We would like local communities, populations to be invested alongside us in the project, so we want to give them an opportunity to also buy shares.”

Local community groups near one of Vulcan’s sites in Ortenau in south west Germany have expressed concern that small vibrations caused by the company’s extraction technique could damage local buildings.

“We have the technology and experience to keep the small movements under control,” Vulcan’s co-founder Horst Kreuter said. “Small vibrations go unnoticed on the surface.” He added that the company was setting aside a compensation fund in case of minor damage.

Kreuter said the company was in talks with automakers over additional contracts – but it first needed to establish how quickly it could ramp up production.

The contracts with Umicore and LG Energy are set to start in 2025 and with the automakers’ in 2026. Kreuter said the company was in close contact with clients. “We will deliver when we can,” he said.