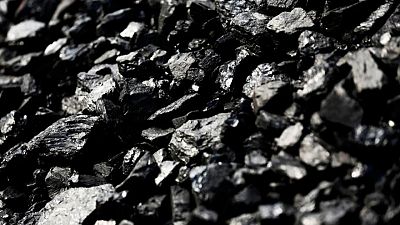 SHANGHAI -Financial institutions channelled more than $1.5 trillion into the coal industry in loans and underwriting from January 2019 to November 2021, despite many having made net-zero pledges, a report by a group of 28 non-government organisations showed.

Cutting coal use is a key part of global efforts to slash climate-warming greenhouse gases and bring emissions down to net zero by the middle of the century, and governments, firms and financial institutions worldwide have pledged to take action.

But banks continue to fund 1,032 firms involved in the mining, trading, transportation and utilisation of coal, the research showed.

“Banks like to argue that they want to help their coal clients transition, but the reality is that almost none of these companies are transitioning,” said Katrin Ganswind, head of financial research at German environmental group Urgewald, which led the research.

“And they have little incentive to do so as long as bankers continue writing them blank checks.”

The study said banks from six countries – China, the United States, Japan, India, Britain and Canada – were responsible for 86% of global coal financing over the period.

Mizuho told Reuters in a statement that the report did not reflect the “actual situation”. It said it was further developing sustainability strategies with clients via services such as transition finance and consulting.

Mitsubishi UFJ did not immediately respond to requests for comment.

Another $1.2 trillion was channelled to coal firms via underwriting. The top 10 underwriters were Chinese, led by the Industrial and Commercial Bank of China (ICBC) with $57 billion. It did not respond to a request for comment.

The U.S. asset manager declined to comment on Tuesday, but chief executive Larry Fink wrote in January that “divesting from entire sectors… will not get the world to net zero.”

“Foresighted companies across a wide range of carbon intensive sectors are transforming their businesses, and their actions are a critical part of decarbonisation,” he wrote in a letter to fellow chief executives.

Comparative coal funding figures for previous years were not immediately available. Other research studies however have shown that coal investment is on the decline.

The coal sector is responsible for nearly half of global greenhouse gas emissions. More than 40 countries pledged to end coal use following climate talks in Glasgow in November, though major consumers such as China, India and the United States did not sign up.

But more China-invested overseas coal-fired power capacity has been cancelled than commissioned since 2017, according to research from the Centre for Research on Energy and Clean Air (CREA) last June.