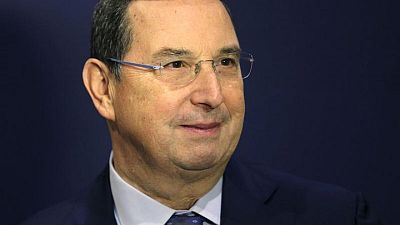 PARMA, Italy – Banco BPM is focused on growth opportunities as a standalone lender, the head of Italy’s third-largest bank said on Saturday, a day after renewed speculation that larger rival UniCredit could launch a takeover bid pushed shares up 10%.

With its roots in the wealthy Lombardy region Banco BPM, which has a market capitalisation of around 5.4 billion euros ($6.13 billion), is seen as the ideal geographical fit for UniCredit, Italy’s second-biggest bank.

Asked about potential interest from UniCredit, Castagna said the bank had not received any communication from its larger peer in that regard.

Responding to the rumours of a potential imminent bid, UniCredit on Friday said it continued to evaluate all strategic options and would inform the market in due time, adding no extraordinary board meeting had been called.

Castagna said at the time the lender did not see any merger opportunities at present and was concentrating on the business plan it had presented last year.

“We have just come out of a restructuring process, we have presented an aggressive plan … but we think the market is only beginning to recognise what is the path that will take us much further,” Castagna added on Saturday.

Banco BPM’s shares have gained around 35% since the beginning of the year and more than 60% in the last 12 months, as it’s seen as a possible M&A target.