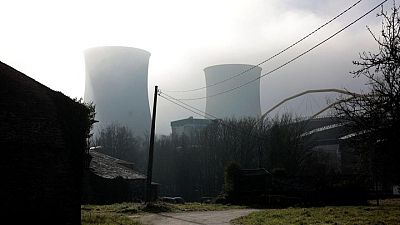 AS PONTES, Spain – Surging European gas prices and high demand for electricity in the cold winter months have granted a reprieve to a coal plant in northwest Spain, but its workers’ future is unclear.

Set to close under Spain’s efforts to cut carbon emissions, the As Pontes plant in Galicia was idled for several months last year by power company Endesa but it restarted in November as soaring gas prices made coal an attractive option.

The constant back and forth leaves employees like Marcos Higinio Prieto, who has worked at the 1,400 megawatt (MW) for 13 years, in limbo.

“It is not an energy transition. What they are doing is jumping. The problem is that the cliff might be too big and we are not sure if we are going to make it,” he said.

Endesa has yet to set a closure date for As Pontes although Spain aims to shut all of its coal-fired plants by 2030. For Higinio Prieto, the shutdown would mean uprooting his family and taking another job the other side of the country.

“If we want to replace coal with other energy, we should implement that energy before and then turn off coal, not the other way round,” he said.

This winter’s coal revival in Spain and elsewhere in Europe has helped to drive up the price of European carbon permits, which power producers and others buy to pay for each tonne of carbon they emit. The price is approaching 100 euros ($114), up from about 33 euros at the start of 2021.

Over the last seven days, Spain has generated between 25% and 45% of its power from renewable sources, grid operator Red Electrica said. Coal has made up between 1.4% and 3.8% in that time.

Since the plant was turned back on in November only some of its capacity has been used. It is offline for repairs but Endesa expects to resume operations on Feb. 14.

Until notice is given to shut the plant permanently, Prieto and his colleagues will maintain the facility so it can be switched on whenever needed.

“Even when the plant is not working it still needs maintenance,” Prieto said. “The facility is in perfect working condition.”