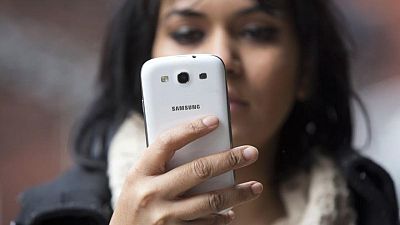 LONDON -Britain’s telecoms regulator said it was not ideologically wedded to retaining four mobile networks, signalling an open-minded approach to a possible tie-up between Vodafone and Three.

Vodafone Chief Executive Nick Read last week listed Britain as one market where the company saw an opportunity for mergers, adding that it was pursuing deals in multiple European markets.

European operators have called for in-market consolidation to encourage greater investment in networks, to keep pace with Asia and the United States, where three operators are common.

Vodafone, which is ranked third in terms of subscriber numbers in Britain, has previously held talks with fourth-ranked Three, which is owned by Hutchison.

Regulator Ofcom in 2015 opposed the proposed merger between O2 and Three that would have created Britain’s biggest operator because it wanted to retain competition between four networks. The merger was blocked by European regulators.

Ofcom said on Wednesday, however, that it would not block a merger solely because it reduced the number of operators to three from four, but would consider the specific circumstances of tie-ups and changes in the wider market.

“The question of whether a particular merger is likely to result in a substantial lessening of competition will turn on the effectiveness of competition that can be expected in the market after the merger, rather than just the number of competitors,” it said in a discussion paper.

Europe’s decision to block the O2-Three merger was overturned by the EU’s General Court last year.

By then O2, owned by Spain’s Telefonica had formed a joint venture with Liberty Global’s Virgin Media broadband network.

A combined Vodafone-Three would have around 31% of mobile subscribers in Britain, behind Virgin Media O2, with about 35%, and EE, with about 34%, based on Ofcom data for Q1 2021.

Ofcom said competition between Britain’s four networks had served the country well, but consumers were increasingly using other networks such as Wifi at home or at work.