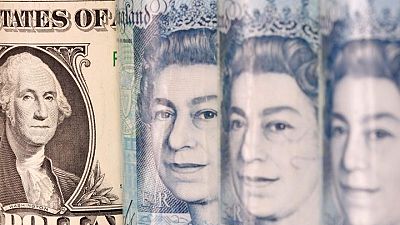 -Sterling steadied against the euro not far from a 1-1/2 month low on Wednesday amid continued deep uncertainty about the future path of the Bank of England’s monetary policy.

Bank of England Chief Economist Huw Pill said on Wednesday that it was reasonable for central banks to withdraw from providing detailed guidance on the policy outlook as prospects for the economy were not clear cut.

Money markets are still pricing in a 25 bps rate increase in March and 125 bps by December 2022, but some analysts have warned about the risks of excessive expectations.

They noted that Bank of England Governor Andrew Bailey said last week not to take for granted the BoE was embarking on a long series of rate hikes, while the BoE’s downward revision to inflation forecasts assumed interest rates at 1.5% by mid-2023.

“That pricing (of future BoE rate hikes) seems very aggressive but may not be unwound until we have seen the turn in UK consumer price index (CPI), which may not be until the May CPI figures are released in June,” ING analysts said.

“Consequently, we expect the pound to hold onto gains for the first half of 2022,” they added in a note.

The greenback was little changed, a day before the release of U.S. consumer price data that may offer new indications about the pace of the Federal Reserve’s tightening. [nL1N2UK0VV]

On Tuesday, he reshuffled some ministers in his administration to appease his lawmakers, angered by a series of scandals.

“Even without a major change in the policy direction, the replacement of the UK prime minister” would a be positive for UK risk markets and sterling, said Kallum Pickering, senior economist, director at Berenberg.

Market reaction was muted after Johnson said on Wednesday that London would take action to suspend post-Brexit customs checks on some goods moving to Northern Ireland if the European Union did not show “common sense”.