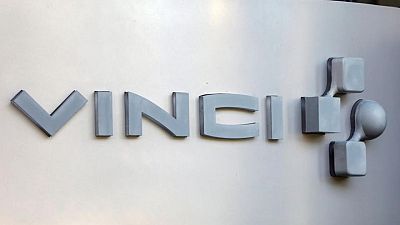 -France’s Vinci expects net income this year to exceed its pre-pandemic level in 2019, helped by a recovery in its airports arm that should bring those earnings close to breakeven.

The majority owner of London’s Gatwick airport said it expected passenger numbers at its airports to recover in 2022 to around 60% of their 2019 levels, bringing the unit’s net income close to breakeven, unless the COVID-19 health crisis worsens again.

Chief Executive Xavier Huillard said in a statement that passenger numbers had progressively improved from summer in the northern hemisphere, and that the business had benefited from the initial impact of drastic cost-cutting measures it had previously introduced.

Global travel has remained far below its pre-pandemic levels even with widespread vaccinations, as countries imposed new entry restrictions over the northern hemisphere winter to curb the spread of the highly-transmissable Omicron variant.

Vinci’s airport traffic climbed 12% last year from 2020 lows but remained at just a third of their pre-pandemic levels.

The group posted a record free cash flow of 5.28 billion euros, well ahead of analysts’ consensus at 3.34 billion, according to FactSet data.

The group expects Cobra IS, a renewable energy-focused business it acquired from Spanish rival ACS last year, to generate revenues of around 5.5 billion euros in 2022.

Its construction division should remain busy and improve its operating margin, it added, while its motorways business should see this year’s traffic surpass 2019.