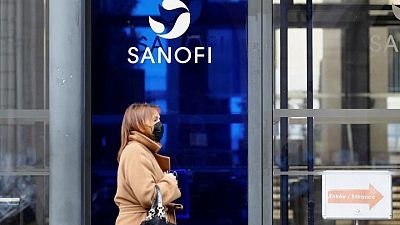 PARIS -French drugmaker Sanofi said it still expected its COVID-19 vaccine to win approval in the first quarter and help drive further earnings growth this year after reporting a rise in fourth-quarter sales and earnings on Friday.

The group, which is hoping for a comeback after losing ground in the COVID-19 jab race, said it was aiming for an increase in its earnings per share in the “low double-digit” in 2022.

For the whole of 2021, its earnings per share rose by 15.5% at constant exchange rates, while the company had guided for a rise of 14%.

Despite being one of the biggest makers of vaccines in the world by sales before the COVID-19 pandemic, Sanofi was beaten by newcomers who used newer mRNA technology to immunize people against coronavirus.

It is instead focusing on efforts with British partner GlaxoSmithKline to develop a COVID-19 vaccine candidate based on the more conventional protein-based approach, where mass trials are ongoing.

The two partners had initially targeted approval in the first half of 2021, which was later delayed to the end of the year and in December, they again pushed back the expected approval to the first quarter of 2022.

“We are still expecting the final results (of the trial)… So pending the results, first quarter (for the approval),” Jean-Baptiste Chasseloup de Chatillon told reporters.

De Chatillon said he expected “some consolidation” in the pharmaceutical sector following this attempt but that Sanofi would not be part of it. Sanofi is planning to separate its own consumer healthcare unit by the end of 2022.

“We are not in that game,” De Chatillon said, adding that the company’s focus was on growing the value of that division.