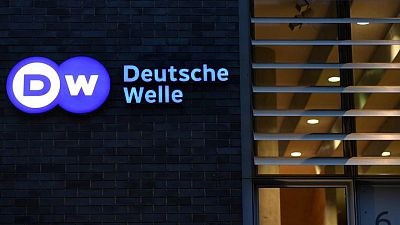 MOSCOW -Russia said on Thursday it was shutting down German broadcaster Deutsche Welle’s operations in Moscow and stripping its staff of their accreditation in a retaliatory move after Berlin banned Russian broadcaster RT DE.

Moscow said it would stop the German channel being broadcast in Russia and start proceedings that would see it declared a “foreign agent”, a designation that carries a negative Soviet-era connotation.

The Russian foreign ministry also said it would bar entry to Russia for German officials involved in the move to ban RT DE.

“We firmly reject the comparison between Deutsche Welle and the broadcaster RT DE,” a spokesperson for the ministry said in a statement.

Germany’s MABB media watchdog and Commission for Licensing and Supervision (ZAK) of media institutions said this week that RT DE could not broadcast in Germany using a Serbian licence, a decision that angered Russia.

In a statement on its website detailing its retaliatory measures, Russia’s foreign ministry described the German move as “unfriendly”.

The row comes amid wider tensions with the West over Ukraine that are an early test of political relations between Berlin and Moscow after German Chancellor Olaf Scholz took office in December.

The Kremlin said earlier on Thursday that a trip by Scholz to Moscow was on the agenda, but that a date was not yet confirmed.

State-funded Deutsche Welle said it formally protested against the move and would take legal action. “We are being made a pawn here in a way that media only have to experience in autocracies,” Deutsche Welle Director Peter Limbourg said in a statement.

Hendrik Wuest, premier of North Rhine-Westfalia state where Deutsche Welle is headquartered, called Russia’s action “a massive and deliberate attack on the freedom of press, which we strongly condemn”.

German journalist association DJV called on Russian President Vladimir Putin to immediately lift the ban on Deutsche Welle. “There is no justification for this drastic censorship measure,” said DJV chair Frank Ueberall in a statement.

The announcement on Deutsche Welle comes amid a crackdown on media outlets that Russia considers “foreign agents”. It uses the term to designate foreign-funded organisations it says are engaged in political activity.