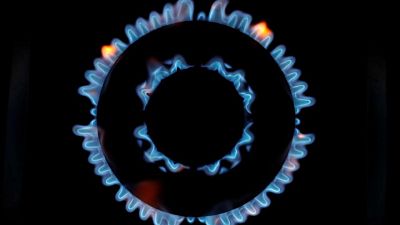 PARIS -France’s gas consumption rose by 6% in 2021, network operator GRTGaz said on Thursday, as western European countries aim to ensure they have enough supplies to cope with disruption to supply caused by tensions over Ukraine.

Gas network operator GRTGaz said French gas consumption levels had risen by 6% to 474 terawatt hours (TWh) in 2021 on lower temperatures, increasing demand by 12% for heating from the public sector.

Industrial consumption in 2021 was flat as a decline observed in the refining and petrochemical sectors was offset by an increase in other sectors following economic recovery, they said.

Gas-fired power plants also recorded a 10% decrease in demand in 2021, despite increased use during the winter to support the electricity system.

Divisions between major Western powers and Russia over Ukraine have raised concerns about Russian gas flows to Europe, prompting the European Commission and the United States to investigate alternatives.

The European Union’s energy policy chief had also said this week that the EU was reviewing contingency plans for disruptions to gas supply, although countries’ storage and infrastructure should offer a buffer against major shocks.

The French gas price posted an average price 1.1% lower in 2021 than the reference market price in Europe, GRTgaz said. The price jumped during the year on sustained global economic recovery combined with lower volumes delivered from Russia.

Despite tight gas supplies in the EU, the French gas system was in good shape in 2021. In particular, there was good storage filling during the summer season following reduced exports to neighboring countries, GRTgaz said.

“This figure demonstrates France’s ability to replace the consumption of natural gas by that of renewable and low-carbon gases produced locally,” GRTgaz said.

Renewable gases, excluding hydrogen, reached 6.4 TWh of installed capacity by the end of 2021 with biomethane use rising to 4.3 TWh from 2.2 TWh in 2020, the data showed.

An additional 19 TWh of projects are under development, putting potential biomethane supply above the 6 TWh by 2023 that was projected in a previous report.

A report by GRTgaz and Terega set for March of this year is expected to confirm the need for hydrogen infrastructure in France to link production, consumption and storage sites.