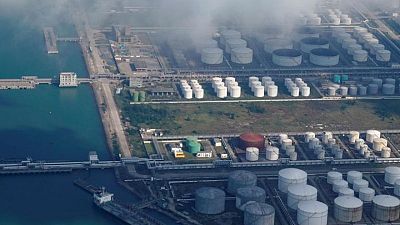 Global benchmark Brent has remained within striking distance of $90 for several days now, buoyed by ongoing concerns about tight supply across major world producers and steadily increasing demand. On Friday, both benchmarks hit their highest since October 2014, with Brent touching $91.70 and U.S. crude hitting $88.84.

The market has been unable to push higher, leading analysts to believe sellers have been jumping in to take profits at these levels despite bullish fundamentals. In a Wednesday note, Bank of America analysts said the market was vulnerable to short-term pullbacks after the year’s gains so far.

“There’s a lot of resistance up near $90, so we saw some profit taking,” said Phil Flynn, analyst at Price Futures Group in Chicago.

The Organization of the Petroleum Exporting Countries and allies including Russia – known as OPEC+ – stuck with previously agreed-upon plans to boost output by 400,000 barrels per day. The group, however, is struggling to meet existing targets, and wary of responding to calls on its strained capacity for more crude from top consumers to cap surging prices.

The group has blamed rising prices on the failure of consuming nations to ensure adequate investment in fossil fuels as they shift to greener energy.

Several OPEC+ sources also said prices were pushed up by Russia-U.S. tensions that have fanned fears that energy supplies to Europe could be disrupted. Washington has accused Moscow of planning to invade Ukraine, which Russia, the world’s second-largest oil producer, denies.

The United States said on Wednesday it will send nearly 3,000 troops to Poland and Romania in the coming days to reinforce Eastern European NATO allies as the alliance continues to engage in diplomatic efforts with Russian President Vladimir Putin to defuse the crisis.

A major winter storm is expected to wallop much of the central United States and stretch to parts of the Northeast this week, bringing heavy snow, freezing rain and ice, the National Weather Service said. The storm comes days after a deadly winter blast and could boost prices of oil, especially as some regions substitute out natural gas where supply may be scarce.