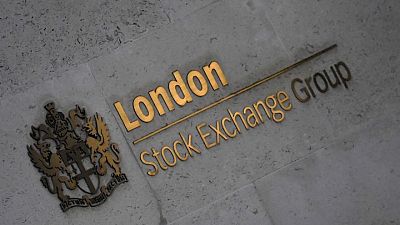 -London’s FTSE 100 rose on Wednesday, led by miners and consumer staple stocks, while the banking sub-index rose in anticipation of a second consecutive rate hike from the Bank of England meeting on Thursday.

The blue-chip FTSE 100 index was up 0.6%, extending gains for the second session, while the domestically focused mid-cap index rose 0.4% with industrial stocks leading gains.

The banking sub-index rose 0.9% as expectations of an increase in rates by as much as 50-basis-points from the BoE pushed yields up on British bonds, with two-year yields at a level last seen in May 2011 and five-year yields at their highest since Oct 2018. [BOEWATCH]

“The MPC (Monetary Policy Committee) may be concerned that a 25 basis point rise in rates may not exert the same strength of downward pressure on price rises than was the case during less severe episodes of inflation,” said Stuart Cole, head macro economist at Equiti Capital.

Among miners, Glencore and Rio Tinto were among the top gainers tracking stronger metal prices.

Copper ticked up on Wednesday as the dollar remained restrained after recently tumbling from a 19-month peak, while gold prices were hovering close to the $1,800 psychological level. [MET/L] [GOL/]

“Unless the Bank of England pulls off another shock move and doesn’t deliver the rate hike that investors are expecting, we’re going to continue very much the same way that we have been,” said Danni Hewson, financial analyst at AJ Bell.

“So all of those financials, value stocks are going to continue to become increasingly attractive to investors.”

Among individual stocks, Ocado rose 5.7% and was the top percentage gainer on the blue chip index after Credit Suisse double upgraded the online supermarket group.

Vodafone rose 3.4% after the network provider said it was on track to meet its full-year guidance and posted a 2.7% rise in third-quarter group service revenue.