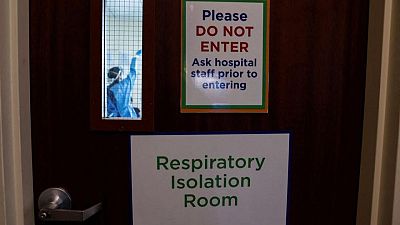 LONDON – The way we die needs a fundamental rethink, according to a group of international experts, who say COVID-19 has shed a harsh spotlight on care for the dying.     Death has been “overmedicalized” and millions around the globe are suffering unnecessarily at the end of their lives as a result, with healthcare workers in wealthy nations seeking to prolong life rather than support death, according to an expert panel convened by the Lancet medical journal.

At the same time, around half of people globally die without any palliative care or pain relief, particularly in lower-income countries.      The Lancet Commission – involving patients, community experts, philosophers and theologians as well as experts in health and social care – are calling for change.

“How do we create a balanced way to support people as they are dying?” Commission co-chair Dr Libby Sallnow, a palliative medicine consultant and honorary senior clinical lecturer at University College London, said in an interview. “At the moment we are not managing it as we could be.” Although the Lancet Commission’s work began in 2018, Dr Sallnow said the extremes seen during the pandemic had given it a new focus.     She recalled treating COVID patients at home and in hospital during the pandemic, with those in hospital able to access therapeutics and pain relief, but only able to speak to their loved ones via an iPad held aloft by medical staff. Conversely, patients at home had their loved ones with them, but often struggled for medicines to ease their suffering.     Sallnow acknowledged that infection control measures early on in the pandemic had made it difficult to deliver care in a “balanced” way. “In the first wave of COVID, people were trying to respond to something entirely unknown. But quickly the world realized that it is not okay not to have people you love with you when you are dying,” she said.The commission had five recommendations for what they called a “new vision of death.” First, tackling the social determinants of death, dying and grieving, to allow for healthier lives and more equitable deaths.

They also recommend that dying should be seen as more than just a physiological event, and as such, networks of care must include families and communities as well as professionals. Conversations about death must also be encouraged, and death itself recognized as having value, they concluded. The commission’s work focuses on life-limiting illness or injury, rather than sudden or violent deaths, deaths of children, or deaths due to injustice.