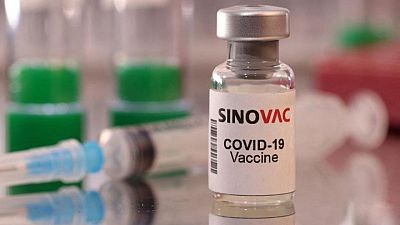 BEIJING – China’s two most widely used COVID-19 vaccines, developed by Sinovac and Sinopharm, were shown to be effective against the Delta variant of the coronavirus, a study based on real-world data in the country showed on Tuesday.

The two vaccines were 52% effective against Delta infection and 60% for symptomatic disease, researchers wrote in a peer-reviewed paper.

The study did not generate sufficient data to deliver effectiveness readings for the two vaccines separately or by age groups, researchers from a local disease control authority and two Chinese universities said in a paper published in the Annals of Internal Medicine.

The data is based on an analysis of more than 100 infections and more than 10,000 of their close contacts during a Delta outbreak in the southern Chinese province of Guangdong in May and June last year.

They were also 78% effective for pneumonia, and 100% for severe or critical COVID-19.

Among those fully vaccinated participants, only six individuals were aged 60 years or older, said the authors.

“This does support the idea that the inactivated vaccines did have an impact on prevention of COVID-19 Delta infection,” said Jerome Kim, director general of the nonprofit International Vaccine Institute, who did not participate in the study.

Kim said the readings may be affected by potential differences between vaccinated and unvaccinated subjects and varied exposure risk to the virus because real-world data are generally not as clean as those from clinical trials.

China has a small number of COVID infections compared with the rest of the world under its strategy to contain any transmission as soon as possible. The country does not provide total number of cases by variants.

Apart from China, the two vaccines were also widely used in several countries including Indonesia, Brazil and the United Arab Emirates.