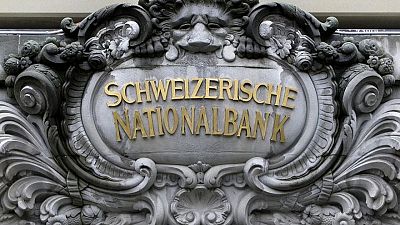 ZURICH -The Swiss National Bank sees inflation near its peak, with no signs that higher wages would fuel demand that would lock in higher prices, SNB Chairman Thomas Jordan told Swiss broadcaster SRF.

“We don’t see that at all,” he said in an interview on the Eco Talk programme when asked about a wage-price spiral. “Wage developments are moderate, price developments so far are very moderate,” he said.

Jordan stuck to SNB’s forecast that Swiss inflation would be around 1% this year.

“At the moment it appears the inflation forecast is still roughly valid, but of course if oil prices keep rising inflation can rise a bit in the short term but overall we expect inflation is more or less at a peak and will slowly recede.”

The SNB is taking the development of inflation “seriously”, Jordan had said in a separate SRF interview on Monday, although he expected the current rise in prices to be short-lived.

“On the other hand, all central banks have to be careful that it doesn’t become permanent, and that requires close monitoring of the situation,” Jordan said.

Rising prices are becoming an increasing concern for central banks around the world, with several indicating they are considering raising interest rates to head off inflation.

The U.S. Federal Reserve last week said it was likely to hike interest rates in March and reaffirmed plans to end its bond purchases that month.

Jordan said this was a good sign as it showed the U.S. economy was operating at capacity again, while also beginning the process towards the normalisation of monetary policy after a period of ultra-low interest rates.

“It also means that interest rates around the world are going up a little bit and basically that’s positive news for us,” Jordan said.

Higher interest rates abroad could relieve some of the appreciation pressure on the Swiss franc which the SNB has fought for years.

The SNB has deployed the world’s lowest interest rates and a commitment to foreign currency purchases to stem the rise of the safe-haven franc, which last week hit its highest level against the euro in nearly seven years.

Franc strength has dampened Swiss inflation, with prices rising 1.5% in December year on year, much lower than the 5% rate in the eurozone.