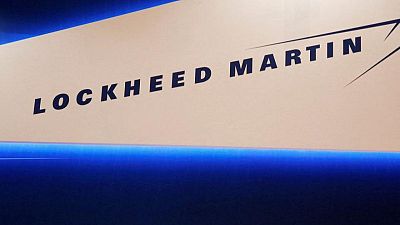 WASHINGTON -Lockheed Martin on Monday announced that a future U.S. Air Force midair refueling tanker would be made in Alabama and Georgia, potentially creating 1,300 new jobs between the two sites, if it wins the contract for the aircraft.

Expansion and hiring at existing sites in Mobile, Alabama, and Marietta, Georgia, for the next U.S. tanker is contingent upon the award, which is expected in late 2024 or in 2025, Larry Gallogly, director of the LMXT tanker program for Lockheed Martin Aeronautics, told reporters on Monday.

In June the Air Force began surveying the aircraft industry to determine whether another manufacturer had the capacity or interest to make the next installment of midair refueling tankers similar to the recently purchased KC-46.

Lockheed has teamed up with France’s Airbus SE in the contest, which uses an Airbus commercial plane as the basis for the tanker.

The plan is to first produce the LMXT as an A330 airliner at Airbus’ current Mobile, Alabama, facility, which has 15,000 employees, then modify the jets at a Lockheed plant in Marietta that currently has 5,000 employees. It would be the first time that an Airbus wide-body jet has been assembled outside Europe.

Lockheed said the 1,300 new jobs would be split between the two sites if it won the contract.

The Air Force has sought to replace hundreds of Eisenhower-era KC-135 tankers still in service in three lots. The first tranche was the Boeing-made KC-46 Pegasus, which has been plagued by performance challenges, including defects with an on-board video system and the boom that connects the tanker to aircraft seeking refueling.

The Air Force’s June announcement kicked off the competition for the second tranche of 140 to 160 jets which would follow the Boeing contract to produce 179 KC-46 Pegasus planes. Boeing is competing for that second tranche as well. A third tranche is expected to be announced in the 2030s

Airbus won a $35 billion contract in 2008 to build tankers for the Air Force. But the deal was overturned amid political pressure and the Air Force repeated the competition, which Boeing ultimately won for 179 of its 767-based tankers.