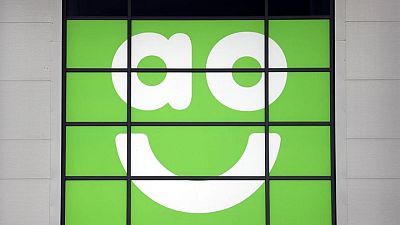 – Electricals retailer AO World is reviewing options for its German business in the face of rising costs and said its online activity had retreated to pre-pandemic levels after a lockdown boom, sending its shares 7% lower on Thursday.

Its German business has been hit by many “material changes to the local trading environment,” AO World said in a statement, adding that competition in the online market had intensified.

Companies in Germany face severe supply chain and logistics problems, pushing them to diversify suppliers, shorten delivery routes and even relocate their own production. But business morale improved in January for the first time in seven months.

AO World said its digital marketing costs for Europe’s largest economy rose significantly versus pre-pandemic levels while supply remains constrained. It expects these trends to continue for the foreseeable future in the German market.

London-listed AO World, which expressed confidence in its long-term growth prospects despite the pressures, did not specify what options the review would entail.

Jefferies analysts in a note said all factors suggested a closure or sale of the German business is likely and cut their recommendation on AO World to “Hold” from “Buy”.

The retailer, which sells laptops, washing machines, mobile phones and printers, said its trading estimates for the 12 months ending March 31 for the overall company remained in line with its lowered forecast from November.