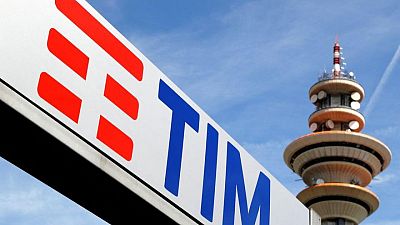 MILAN -Telecom Italia (TIM) on Wednesday opened the door to a spin-off of its prized infrastructure assets, saying its newly appointed chief executive would explore options to create value for shareholders.

TIM, which is wrestling with shrinking revenues in its hyper-competitive domestic market, on Friday named General Manager Pietro Labriola as CEO https://www.reuters.com/business/media-telecom/kkrs-bid-target-telecom-italia-set-make-veteran-manager-labriola-ceo-2022-01-21, its fifth boss in six years.

Under fire after a string of profit warnings, former CEO Luigi Gubitosi quit in November, a week after KKR tabled a 10.8 billion euro ($12.18 billion) non-binding bid to take the group private, to which TIM never responded.

Labriola on Wednesday outlined internally a new three-year plan which he has been working on since becoming general manager in November.

“The CEO underscored the need to guarantee a stable, long-lasting growth outlook for the network infrastructure, in the interest of all stakeholders,” TIM said.

As Italy’s biggest telecoms infrastructure, TIM’s network is deemed strategic by Rome, which is keen to boost connectivity for businesses and households.

The board unanimously gave a mandate to Labriola to explore options, “with specific reference to the group’s infrastructure assets, including solutions that go beyond vertical integration,” it added.

No other phone incumbent in Europe has completed a full-blown separation of network from services, but analysts increasingly see it as the only way for debt-laden TIM to invest in the upgrade of its dated infrastructure.

Sources had previously said TIM would pursue the separation so as to have its services and infrastructure assets each carry a portion of its debt and staff.

Once it lost control of the network, TIM would concentrate on a wide range of telecommunications services and could seek a merger with a peer as the sector consolidates, sources had said.

“The CEO highlighted the need to … focus on the enterprise services such as cloud, Internet of Things and cybersecurity,” TIM said.

Labriola’s appointment was sponsored by TIM’s largest investor Vivendi, and it received unanimous board approval, including from state investor CDP.

A split of TIM’s operations would pave the way for a merger of TIM’s infrastructure assets with those of state-owned rival Open Fiber, a move advocated by CDP, while making it less likely KKR could take control of the group.

Vivendi, which has criticised KKR’s offer as too low, late last year dropped its long-standing opposition to TIM ceding control of its network.

CDP, which owns 60% of Open Fiber as well as 10% of TIM to ensure government oversight of its networks, would likely emerge as a major stakeholder in any combined network venture of the two.