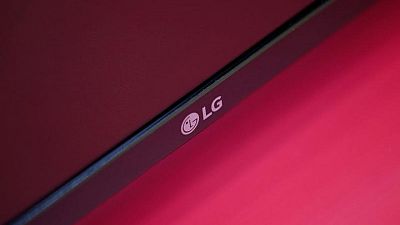 The Apple Inc supplier posted an operating profit of 476 billion won ($397.64 million) for the October-December quarter, down from 678 billion a year earlier.

It missed an average analyst forecast of 588 billion won compiled by Refinitiv SmartEstimate. LG Display said that excepting a year-end one-off cost involving sharing profits with executives and employees, its result was in line with market expectations.

However, only 27% of its sales came from television panels during the quarter, analysts noted.

Solid shipments of high-end LCD panels for notebooks and monitors, whose prices declined by less than LCD TV panel prices in 2021, as well as higher-margin OLED panels for smartphones and TVs, should support LG’s results this year, analysts said.

LG Display said its shipments of advanced organic light-emitting diode (OLED) panels jumped more than 70% in 2021 and the display maker reached break-even in its OLED business.

“The stay-at-home demand for notebooks, tablets and other devices is expected to gradually fall as COVID-19 lengthens and distancing rules ease,” said Kwon Jae-young, vice president and head of medium-small display marketing division.

“However, back-to-office and corporate demand from gradually improving economies is expected to increase, so overall demand for such devices in 2022 is expected to remain similar to 2021.”

LG Display shares ended down 0.7% versus the wider market’s 0.4% fall.