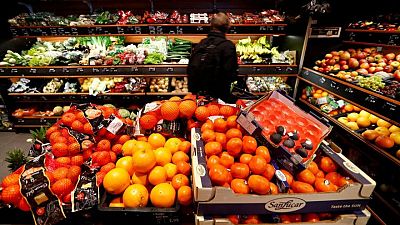 BERLIN -The German government expects consumer price inflation to rise further this year, contrary to earlier projections, which will likely lead to higher wage demands by labour unions, the economy ministry said in its annual economic report on Wednesday.

The government predicts a national inflation rate (CPI) of 3.3% for 2022 after 3.1% in 2021 as higher energy costs and a scarcity of semiconductors and other intermediate products continue to push up overall prices, the ministry said.

“The federal government is closely monitoring the development of the inflation rate and the key factors driving prices, especially those linked to energy markets and supply chain disruptions,” it said.

To alleviate the strain of rising energy costs on households, the government is looking into scrapping a surcharge on electricity bills https://www.google.com/url?sa=t&rct=j&q=&esrc=s&source=web&cd=&ved=2ahUKEwiJ2-T3yM_1AhWOlP0HHXQLAC8QFnoECAIQAQ&url=https%3A%2F%2Fwww.reuters.com%2Fworld%2Feurope%2Fgermany-mulls-scrapping-energy-bill-surcharge-early-prices-rise-2022-01-22%2F&usg=AOvVaw3umzBH3pGGyWaXo8H3zeIa used to support renewable power already this year – earlier than initially planned, Habeck added.

The government also cut its economic growth forecast for 2022 to 3.6% from 4.1% seen in October, pointing to headwinds for the economy in the first quarter due to renewed restrictions in the coronavirus pandemic.

In the further course of the year, the government expects the economic recovery to pick up speed again as infection numbers are likely to fall in spring, allowing authorities to lift restrictions on hospitality and retail.

“Industry should also be able to expand its production noticeably again as soon as the supply bottlenecks gradually resolve over the course of the year,” the ministry added.

The economic recovery and higher inflation will likely lead to “somewhat stronger wage growth” in 2022 after negotiated wage agreements last year https://www.reuters.com/markets/europe/german-wages-barely-grew-2021-despite-skyrocketing-inflation-2021-12-16 turned out to be very moderate due to the economic slump in the pandemic, the ministry said.

But unions are unlikely to push through excessive wage demands that would exceed the kinds of pay hikes seen before the pandemic, the ministry said, adding: “There are currently no signs of a wage price spiral.”

Central bankers are watching wage developments in the euro zone and Germany, its biggest economy, very closely. They are looking for any hints as to whether rising consumer prices lead to higher wages that could mark the start of a wage-price spiral and lead to higher inflation also in the medium term.