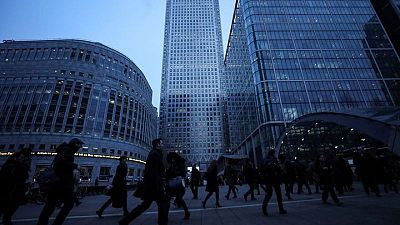 LONDON – Britain’s financial watchdog will publish requirements within a year for boosting ethnic diversity among employees in finance by using targets and not quotas, one of its advisers said on Wednesday.

The Financial Conduct Authority, Bank of England and finance ministry published a discussion paper last July setting out how diversity and inclusion could be improved in one of Britain’s biggest economic sectors.

It suggested that senior managers could have their pay linked to progress in making workforces more diverse.

Georgina Philippou, senior adviser at the FCA, said there will be proposals for public consultation in the second quarter, with final requirements at the end of this year or start of 2023.

“We never say quotas, we talk about targets. To me quotas suggest numbers that have to be filled come what may, a box that needs to be ticked,” Philippou told a City & Financial conference on diversity in financial services.

Targets tend to be more aspirational and take longer to fill, while quotas are mandatory.

A Women in Finance project to improve gender diversity is beginning to bear fruit, with Philippou hoping this experience with bring faster results in this year’s push to improve ethnic and race diversity.

Britain’s Commission on Race and Ethnic Disparities has recommended that all employers voluntarily report pay gaps among ethnic groups.

Glen said there has been a testing exercise to understand the complexities of reporting such data and government was assessing the next steps.

“We will be very clear about what we want to do and why we want to do it, and how it will be implemented in a fair and reasonable way,” Glen told the conference.

“The focus on data is really important. If you measure something, something gets done,” Glen said.

Asked if the diversity push will end up with a ‘zero sum game’ – where one group’s gain could be negated by another’s loss – of “white men missing out”, Diana Noble, who chaired the Bank of England’s review on ethnic diversity and inclusion, said this reaction has to be faced.

There is a whole community at the BoE who have had less opportunity over the past 5-10 years, which needed redressing over the next few years through targets and not quotas, Noble said.

“You benefited, they are going to benefit for a bit… Personally, I think with difficult messaging like that, much better to be completely transparent and honest about what the issue is,” Noble said.