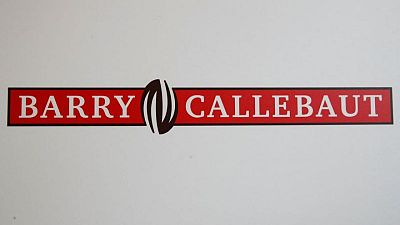 ZURICH -Swiss chocolate maker Barry Callebaut said strong demand for chocolate, in particular from chefs and caterers, lifted its sales in the three months to Nov. 30, allowing it to confirm its mid-term forecasts.

Global demand for chocolate confectionery recovered last year, and Barry Callebaut is benefiting from big food groups outsourcing chocolate production and smaller customers such as restaurants and bakeries also turning to it for upmarket chocolate supplies.

Sales volumes rose 8.9% to 610,048 tonnes in the first quarter of fiscal year 2021/22, ahead of underlying chocolate market growth of around 3.1%, the world’s biggest chocolate maker said in a statement.

Sales revenue increased by 14% to 2.032 billion Swiss francs ($2.22 billion), the Zurich-based group said, adding the stronger rise was related to the inflationary environment as it raised prices to pass on higher costs to customers, which include Nestle and Hershey.

Shares in the group, down 2% so far this year, were indicated to open 2.4% higher on the Swiss market.

Volumes in the group’s chocolate business grew 9.6%, while its gourmet unit saw a stronger recovery from the pandemic, with volumes rising 33.8%, the chocolate maker said.

The group also confirmed its mid-term forecast of 5%-7% average volume growth and earnings before interest and tax (EBIT) above volume growth over the three years to its fiscal 2022/23.