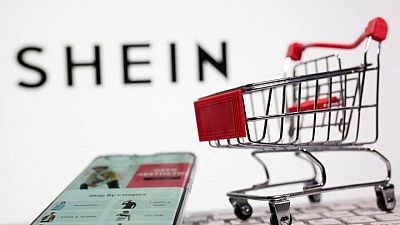 HONGKONG/SINGAPORE – Chinese fashion retailer SHEIN is reviving plans to list in New York this year and its founder is considering a citizenship change to bypass proposed tougher rules for offshore IPOs in China, two people familiar with the matter said.

It was not immediately clear how much the company was looking to raise from its New York debut.

The initial public offering (IPO), if finalised, would be the first major equity deal by a Chinese company in the United States since regulators in the world’s second-largest economy stepped in to tighten oversight of such listings in July.

SHEIN, founded by Chinese entrepreneur Chris Xu in 2008, first started preparing for a U.S. IPO about two years ago, but shelved the plan partly due to unpredictable markets amid rising U.S.-China tensions, the sources said.

Both sources declined to be named as the plans are confidential. A SHEIN spokesperson said the company had no plans to go public.

The Nanjing-based company is one of the world’s largest online fashion marketplaces targeting overseas consumers. The United States is its biggest market.

The sources said SHEIN founder Xu was eyeing Singapore citizenship partly to bypass China’s new and tougher rules on overseas listings. The change in citizenship, if applied for and successful, would ease the path to an offshore IPO, they said.

Neither Xu nor other SHEIN executives have applied for Singaporean citizenship, the company spokesperson said, without elaborating. Xu did not respond to Reuters queries sent via this spokesperson.

New rules issued by China’s cyberspace administration and the offshore listing filing regime to be finalised by China’s securities regulator are set to make a U.S. listing process for Chinese firms more complicated, if not lengthier.

The securities regulator’s draft rules for offshore listings targets companies where a majority of senior management are either Chinese citizens or reside in China, or whose main business activities are conducted in China.

SHEIN ships to 150 countries and territories from its many global warehouses, according to its website.

It made around 100 billion yuan ($15.7 billion) in revenue in 2021, taking advantage of the pandemic that shifted global consumption online, said one of the sources and another person with knowledge of the matter. Its valuation was around $50 billion in early 2021, they said.

The valuation is estimated to have as much as doubled in the past year, one of the first two sources said.

The company, whose investors include Sequoia Capital China, IDG Capital and Tiger Global, was valued at $15 billion in its last funding round in August 2020, according to CB Insights data.

According to Coresight Research, SHEIN’s estimated sales in 2020 jumped 250% over the preceding year to $10 billion, with over 2,000 items added on its website weekly.

The SHEIN spokesperson said as a private company it did not disclose financial figures.

SHEIN has hired Bank of America, Goldman Sachs and JPMorgan to work on the IPO, said the source with knowledge of the company’s valuation, and another person familiar with the matter.