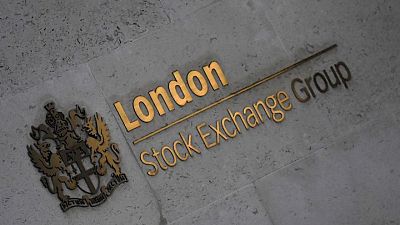 By Shashank Nayar and Ambar Warrick

The domestically focused mid-cap index tumbled 3.6% to its lowest since March 2021, while the blue-chip FTSE 100 index fell 2.6% to a one-month low.

Most sectors were in the red, as the tension between Russia and the West, along with anticipation of major central bank meetings this week prompted losses across global markets.

Unilever jumped 7.3% to the top of the FTSE 100 as a source said Trian Partners, Nelson Peltz’s activist hedge fund, had built up a stake in the consumer goods maker. Trian and Unilever declined to comment.

Vodafone surged 4.5% after sources said it was in talks with telecom peer Iliad to strike a merger deal in Italy. Iliad and Vodafone declined to comment.

The FTSE 100 sank for a third straight session, but has still outperformed the pan-European STOXX 600 index as commodity-linked stocks benefited from a jump in oil and metal prices last week.

Investors are now awaiting signals from the U.S. Federal Reserve on Wednesday on when the central bank intends to begin raising interest rates this week- a move that is widely expected to pressure equities.

“The broader bearish sentiment has really taken off ahead of the Fed meeting, with definite bets of a rate hike in March, and investors now looking to figure out if there will be three or four hikes this year,” said David Madden, market analyst at Equiti Capital.

The tension between Russia and Ukraine has affected wider risk sentiment, but it could be a positive for UK equities in the near term as escalations could push oil prices higher, Madden added.