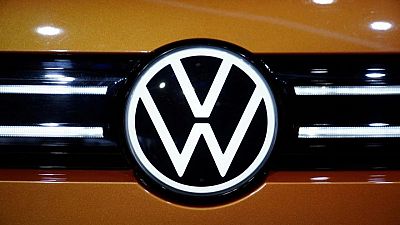 In November, the U.S. Supreme Court rejected Volkswagen’s bid to avoid lawsuits filed by officials in three states including Ohio.

Volkswagen’s U.S. subsidiary argued that under the Clean Air Act, the landmark U.S. environmental law, only the federal government can pursue emissions claims. VW noted it had already reached a settlement of more than $20 billion with the U.S. Environmental Protection Agency and owners.

“This agreement fully resolves Ohio’s legacy claims and puts this matter behind the company as we focus on building a future of sustainable mobility,” VW said Friday.

Texas and two counties in Utah and Florida have pending lawsuits.

The settlement is a fraction of what Ohio had previously sought. VW said in prior court papers that Ohio’s claims could have totaled “$350 million per day, or more than $127 billion per year, over a multi-year period.”

Ohio Attorney General Dave Yost said “the damage to the environment and consumer trust required us to hold Volkswagen accountable and this settlement does that.”

The Ohio Environmental Protection Agency and the attorney’s general office will split the award settling the 2016 lawsuit.

In 2015, Volkswagen disclosed it had used sophisticated software to evade emissions requirements in nearly 11 million vehicles worldwide. It also misled the EPA, which started asking questions in 2014.

In addition to equipping vehicles with “defeat devices” before they were sold, VW also installed software updates after sale, which was the conduct at issue before the Supreme Court and in the Ohio lawsuit.

Ohio’s lawsuit said VW software updates allowed the vehicle to be put into “test” mode which suspended normal driving operations and reduced emissions only during testing.