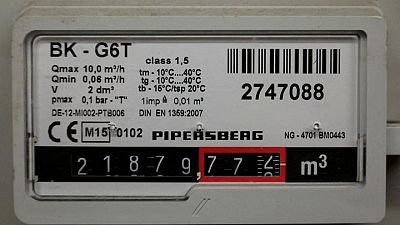 LONDON – European governments, some facing elections this year, have ploughed tens of billions of euros into measures designed to shield households from record high energy prices.

Below are some of the measures announced so far.

Britain has a price cap on the most widely used household energy contracts but this is expected to rise by some 50% in April.

The government has yet to announce fresh measures to limit the impact of soaring energy costs on homes. Some suppliers have called for it to remove the 5% VAT on energy bills.

Bulgaria has frozen regulated electricity and heating prices until the end of March to shield households.

The Czech parliament’s lower chamber approved a government bill easing conditions for social benefits connected to housing, which should help those hardest-hit by the energy price surge.

European Union countries are largely responsible for their national energy policies, and EU rules allow them to take emergency measures to protect consumers from higher costs.

The European Commission in October published a “toolbox” of measures EU members can use without breaching competition rules, including subsidies to help poorer households, funding for renovations that reduce energy use or exempting vulnerable households from higher energy taxes.

France has committed to capping an increase on regulated electricity costs at 4%. To help do this the government has ordered utility EDF, which is 80% state owned, to sell more cheap nuclear power to rivals.

German government departments said they are working on efforts to help consumers affected by wholesale prices.

The Italian government has spent more than 8 billion euros since July to curb hikes in retail energy bills.. Italy said on Tuesday it is also working on more measures to ease bills, such as rejigging some renewable energy subsidies and implementing tax reforms.

The Netherlands has cut energy taxes for its 8 million households.

Norway subsidised household electricity bills in December, paying 55% of the portion of power bills above a certain rate, which it increased to 80% for January-March.

Poland has announced tax cuts on energy, petrol and basic food items, as well as cash handouts for households.

Spain cut several taxes to try to reduce consumer bills, originally planning to maintain the lower rates until the end of the year, but it decided in December to keep them lower until May 2022.. It has also put a cap on gas price increases under regulated tariffs but the government eventually rowed back on moves to claw back from energy companies around 2.6 billion euros in profits originally deemed to have been made unfairly during the energy price crisis.

Sweden will compensate households worst hit by the surge in electricity prices, with the government setting aside 6 billion Swedish crowns ($661 million) for the measures.