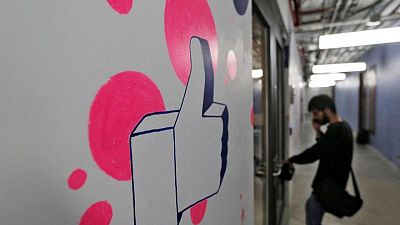 – Facebook critics on Wednesday called on the world’s largest social network to release a human rights impact assessment it commissioned in 2020 to investigate hate speech on its platforms in India.

The social media company, which is now called Meta, faces increasing scrutiny over its handling of abuses on its services, particularly after whistleblower Frances Haugen leaked internal documents showing its struggles monitoring problematic content in countries where it was most likely to cause harm.

In a letter sent to the company this month and made public Wednesday, rights groups, including Amnesty International, Human Rights Watch and India Civil Watch International urged Facebook to release the report.

Gare Smith, partner and chair of global business and human rights practice at the U.S. law firm Foley Hoag, which Facebook commissioned to carry out the assessment, said: “Such projects are complex, particularly in a country as diverse and large as India.”

Meta’s director of human rights policy Miranda Sissons said in a statement: “Given the complexity of this work, we want these assessments to be thorough. We will report annually on how we’re addressing human rights impacts, in line with our Human Rights Policy.”

In November, rights groups told the Wall Street Journal that the social media company had narrowed the draft report’s scope and was delaying the process.

A Meta spokesperson did not address Reuters questions about these allegations or the timeline of the review. Foley Hoag’s Smith said the firm had “taken numerous steps to ensure the assessment is completed fairly and independently.”

Rights groups have for years raised alarms about online hate speech and misinformation stoking tensions in India, the company’s largest market by number of users.

“As a result of the consistent and continuous barrage of hate on social media, particularly on Facebook, Indian Muslims have been practically dehumanized and rendered helpless and voiceless,” said Dr. Zafarul-Islam Khan, a former Chairman of Delhi Minorities Commission, speaking at a press briefing organized by a group of Facebook critics known as the Real Facebook Oversight Board.

Reuters’ previous reporting on Myanmar and other countries has investigated how Facebook has struggled to monitor content across the world in different languages.

The company said last week it would “assess the feasibility” of commissioning an independent human rights assessment into its work in Ethiopia, after its oversight board recommended a review of how its platforms have been used to spread content that heightens the risk of violence there.