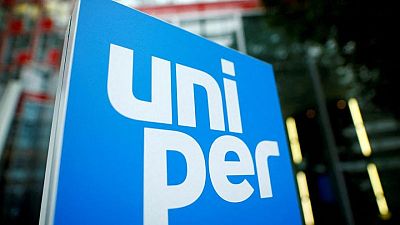 FRANKFURT – Utility Uniper could build a handful of the 23 gigawatts’ (GW) worth of new gas-fired power plants that may be needed in Germany by the end of the decade to plug a generation hole due to the country’s coal exit, its chief executive said.

Europe’s largest economy in November unveiled a much more ambitious renewables expansion and a faster exit from coal by 2030, singling out gas as one of the technologies that will be needed to help transition towards a fossil fuel-free energy mix.

Estimates over how many gas-fired power plants, slated to be labelled green as part of EU taxonomy rules, are needed in Germany by the end of the decade range from anywhere between 10 GW and 40 GW.

“We are a big operator of gas-fired power plants and we see opportunities in the government’s announcement,” Uniper Chief Executive Klaus-Dieter Maubach told Reuters.

“Based on the discussed additional need of 23 GW of gas-fired power plant capacity, we can imagine building a mid-single-digit number of the needed power plants,” Maubach said.

Maubach said that Uniper’s existing gas and former coal power plant sites could serve as locations for new gas capacity under the most recent government plans, details of which are eagerly awaited by the industry.

Turning to renewables, which Uniper wants to expand in cooperation with Finnish parent Fortum, Maubach said that the groups were looking at the option of acquiring project developers to grow.

The firms plan to develop up to 2 GW of onshore and solar capacity by 2025.