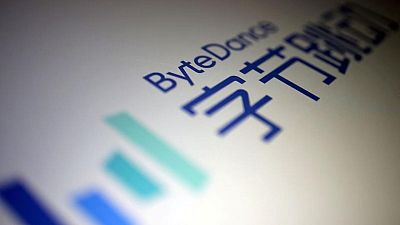 BEIJING -TikTok owner ByteDance is shrinking its investment team and dissolving a sub-group focused on financial returns in response to regulatory crackdowns in China, three sources familiar with the matter said on Wednesday.

ByteDance had divided its external investment arm into financial and strategic wings, with the latter aimed at funding businesses that could find synergies with its own.

Employees on the financial investments team have been told by ByteDance executives that the team will be disbanded and they have been encouraged to look for opportunities elsewhere, internally or externally, two of the sources told Reuters.

ByteDance said in a statement that it was disbanding its group-level strategic investment team and moving employees to various business units, after a review earlier this month highlighted investments with “low synergies”.

It did not respond to a Reuters request for comment on the dissolving of the financial investments team.

ByteDance’s six business units, which it created in October in a major organisational reshuffle, include TikTok and its Chinese version Douyin.

The overhaul of its strategic investment team is designed to “enhance collaborations between strategy research and business operations,” the company said.

The Beijing-based company has been reducing the size of its investment team as Beijing has been strengthening anti-monopoly efforts to rein in corporate giants, four people familiar with the situation said.

Over the past year, Beijing has clamped down on antitrust violations, banned private tuition groups and reined in a debt binge by property developers, wiping hundreds of billions off the market capitalisations of some of its largest companies, including e-commerce giant Alibaba and social media giant Tencent.