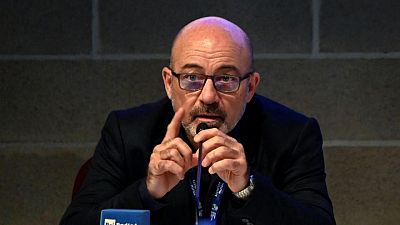 Addressing lawmakers, Roberto Cingolani unveiled a series of measures being considered by the government to ease energy bills which could be worth almost 10 billion euros ($11.33 billion).

Rome has spent more than 8 billion euros of state money since last July to cushion a surge in quarterly retail energy bills that has left many households and businesses struggling.

In a parliamentary hearing, Cingolani said it was becoming increasingly difficult to believe global gas prices would stabilise any time soon.

“The government can’t keep stumping up cash every quarter… we need structural reforms,” the minister said.

The package includes using up to 1.5 billion euros of proceeds from carbon permit auctions, rejigging some renewable energy subsidies and implementing tax reforms.

Cingolani also said Rome wanted to increase the amount of gas produced domestically and promote the use of long-term power purchase agreements (PPA) for green energy.

A securitisation scheme aimed at reducing the impact of system-cost levies on energy bills “could generate 3 billion in savings,” he said.

Soaring energy prices, triggered by heavy demand for gas as economies look to emerge from the coronavirus pandemic, have prompted governments across Europe to introduce measures to try to shield consumers.

They have also led to calls in some countries for EU-wide solutions, though other governments are wary of long-lasting regulatory reform for what could be short-term price spikes.

“We are looking at a reform of power markets to be implemented at the EU level,” Cingolani said.

The minister said Italy did not have or want nuclear power even though an eye could be kept on new generation nuclear reactors further down the road.

Italy did not run the risk of a blackout from the gas crisis at the moment though some countries in Northern Europe faced bigger problems, he said.

The government is expected to discuss some of the measures at a cabinet meeting as early as this week, sources said.

The Treasury is also studying options for taxing extra profits made by energy companies, sources have said.