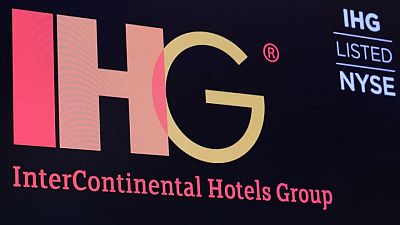 Cescau, 73, will retire at the end of August after almost a decade in the role and Oppenheimer will take over as non-executive chair in September, IHG said.

Oppenheimer, 63, currently serves as non-executive chair of British fund supermarket Hargreaves Lansdown and is also on the board of Thomson Reuters, the news and information company that owns Reuters News.

Oppenheimer will be joining only a handful of other women as top brass at a FTSE 100 company.

The percentage of female non-executive directors on FTSE 100 boards was at an all time high in the 12 months to July 2021, according to a report published by EY in October.

The change at IHG, once the world’s biggest hotelier, comes as the hospitality industry navigates a bumpy recovery from the pandemic, with some companies still facing uncertainty due to the spread of the Omicron coronavirus variant.

IHG, which also owns the Crowne Plaza, Regent and Hualuxe chains, had said in October it had seen signs of recovery and that revenue was inching closer to pre-pandemic levels.

Oppenheimer’s experience includes stints at Barclays, where she was a senior executive at its UK and Europe businesses, as well as Tesco and Premier Inn owner Whitbread, where she held director positions.

French-born Cescau has also served as the CEO of consumer products giant Unilever.