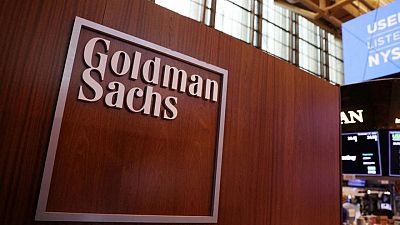 Petershill, which acquires minority stakes in alternative asset managers, has prevailed in an auction process to invest in Arsenal Capital, the sources said.

The size of the stake and the valuation being discussed could not be confirmed. It is not clear what Arsenal Capital will do with the proceeds and if its founders will use the opportunity to sell down part of their stakes.

Spokespeople for Goldman Sachs and Arsenal Capital declined to comment.

The sources said the negotiations could still end without a deal and asked not to be identified because the matter is confidential.

New York-based Arsenal Capital makes buyout and growth equity investments in businesses primarily in the industrials and healthcare sectors. The firm was founded in 2000 and has about $5.8 billion in assets under management.

Launched by Goldman Sachs in 2007, Petershill is one of the pioneers of the so-called general partner stake-investing business. It competes with a handful of big firms, including Blackstone Inc and Dyal, a unit of Blue Owl.

Petershill listed in London in September in an initial public offering. Its shares have lost close to a third of their value since then.

Petershill said earlier this week it had completed fundraising for its fourth flagship fund after amassing $5 billion from investors. The firm’s previous investments in private equity fund managers include Accel-KKR, Francisco Partners and Riverstone Holdings.