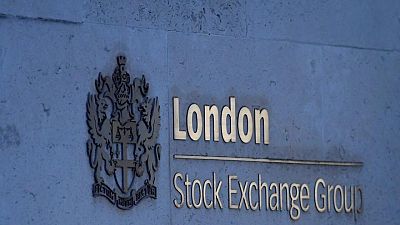 – London’s FTSE 250 index slipped on Thursday, dragged down by shares of Countryside Properties and Marks & Spencer, while a rise in heavyweight financial and commodity stocks helped the FTSE 100 edge higher.

The domestically-focussed mid-cap index closed 0.4% lower, with homebuilder Countryside Properties dropping 20.6% to the bottom of the index after a disappointing trading update and as its chief executive stepped down.

Laura Hoy, an analyst at Hargreaves Lansdown said, M&S shares had “climbed markedly higher since the start of the pandemic, and it will take a lot more than a nudge to profits to sustain those expectations.”

Tesco, Britain’s biggest retailer, also raised its profit outlook on stronger than expected Christmas sales, but along with other retailers it warned of pain to come from higher freight costs, wage hikes for warehouse workers and more expensive raw materials.

“This response seems a little churlish but may have more to do with the fact that the shares are close to their highest levels in 11 months and it certainly doesn’t mean they can’t go higher longer term,” CMC Markets analyst Michael Hewson said about Tesco.

Tesco and M&S have gained nearly 20% and 75.1% over the past year, respectively, marking a strong recovery from the pandemic-induced sell-off.

The blue-chip index is on track for its fourth consecutive week of gains as heavyweight energy, mining and banking stocks have helped it outperform both the wider European index and Britain’s mid-cap index this year.

Oilfield services and engineering firm Wood Group jumped 20.5% after it said selling a division under its consulting business was the best option to deliver value for shareholders.