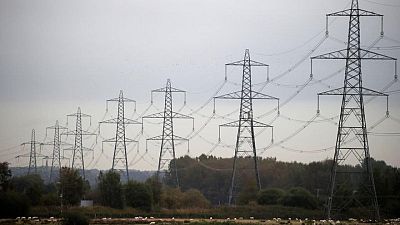 LONDON -Centrica, the owner of British Gas, said natural gas prices will remain high for up to two years so the government should target help towards the poorest customers who will struggle with a 50% rise in heating bills.

A rapid rise in gas prices in Europe in 2021 has sent power prices soaring, driving up inflation and triggering the collapse of over 20 energy suppliers in Britain’s liberalised consumer electricity and gas market.

“The market suggests the high gas prices will be here for the next 18 months to two years,” Chris O’Shea, chief executive of Centrica, told the BBC.

He said hopes that bills rising by more than 50% to about 2,000 pounds a year would be short-lived may be misplaced.

Britain privatised British Gas in 1986 and, after a series of deregulating steps since then, the consumer market has seen a plethora of different companies – some essentially just traders – offering gas and electricity to households.

Many of those companies have now gone bust, caught between a government imposed price cap, which limits what companies can charge consumers, and the wholesale natural gas price. The next review of the price cap is to be announced on Feb. 7.

O’Shea said that as the world moved away from coal-fired power stations, there was not an abundance of natural gas to turn on quickly.

Asked how the British government could cushion the looming blow to the wallets of consumers, he said ministers could defer the cost incurred by surviving suppliers from taking on customers from collapsed companies.

“Those three things together, could be enacted very quickly, without regret,” he said.

O’Shea said a proposal to create a fund to support energy companies relied on the assumption that wholesale prices would fall, wishful thinking in his view.

“We believe that a fund is not the right solution,” he said.