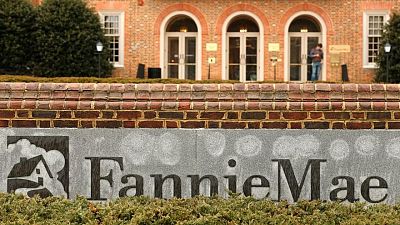 Fannie’s effort to include rental payment history in the loan approval process comes as President Joe Biden’s administration pushes to improve access to credit and address inequities in the housing system.

Fannie Mae, along with Freddie Mac, guarantees more than half the nation’s mortgages and must approve the loans it insures, along with the lenders that originate them.

“We think it’s going to allow more first-time home-buyers or aspiring first time home-buyers to responsibly qualify, including those that who have a more limited credit history,” said Steve Holden, Fannie’s vice president of single-family data and analytics.

Approximately 20% of the U.S. population has little established credit history – a group in which Black and Hispanic consumers are disproportionately represented, according to Fannie.

San Francisco-based Blend gathers third-party data which it shares with lenders to help them quickly verify requirements like a borrower’s source of income.

Many lenders were eager to participate in the new program, but were wary of asking borrowers for bank statements showing that they made timely rental payments, and of the added burden of having to manually review those statements, said Nima Ghamsari, Blend co-founder and chief executive officer.

“There’s only a few times a year where the CEOs of some of these mortgage companies will call me and say, ‘Hey, how come you guys don’t have this thing yet?’” he said. “This was one of those occasions I got a lot of phone calls.”

Lenders using Blend can have the fintech send the payment data directly to Fannie, instead of gathering it themselves which would be costly.

The housing finance giant is exploring other ways to unlock access to credit for under-served borrowers, Holden said, without elaborating.