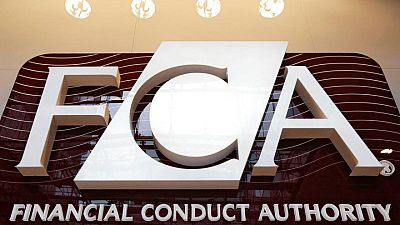 LONDON – Britain signalled a shake-up in financial market data on Tuesday owing to concerns over “limited competition”, ratcheting up long-standing tensions between exchanges and their customers over fees for stock and bond trading information.

It is the latest move by Britain to ensure the City of London remains globally competitive for international investors after being largely cut off from the European Union since the Brexit transition period ended a year ago.

The Financial Conduct Authority said a first study, which will start this summer, will look into concerns that complex contracts for benchmarks and indices prevent switching to cheaper, better and more innovative alternative providers.

Benchmarks, such as the FTSE 100 blue chip index are widely used by asset managers and banks to track and compare valuations of their portfolios.

“By the end of the year, the FCA will launch a second market study to assess whether high charges for access to credit ratings data is adding costs to investors and limiting new market entrants,” the FCA said.

The sector is dominated by Moody’s, S&P and Fitch.

The FCA said users of credit rating services thought that the providers’ market power was leading to price increases ranging from 25% to 50% per year.

“We are in constant dialogue with our market data customers about their needs and we will continue to engage constructively with all our stakeholders,” a Moody’s spokesperson said.

The FCA will also gather information to understand the extent to which there are “high data costs” and “complex licensing terms” on trading data exchanges sell to users like asset managers, with the findings due later this year.

“Concerns have been raised that limited competition may increase costs and have an impact on the types of assets that investment managers buy and sell,” the FCA said.

Market users say trading data is not offered under competitive conditions, while exchanges argue that the market is already “highly competitive”, the FCA said.

Tensions between the two sides were already seen in the EU’s push to create a “consolidated tape” or record of stock and bond prices to improve transparency. Britain’s finance ministry is considering a similar “tape” for its market.

“Any future changes or updated frameworks should ensure that market data works in the interest of investors, so they can access the best available prices, and drive a competitive UK marketplace,” said Conor Lawlor, managing director for capital markets and wholesale at UK Finance, which represents banks.