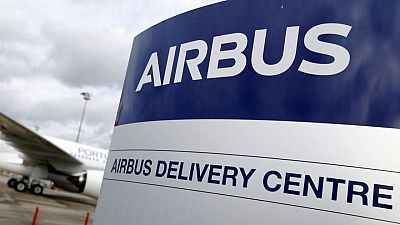 PARIS – Airbus delivered at least 605 jetliners in 2021 and the final tally could rise as high as 611 depending on the outcome of a final audit, industry sources said on Friday.

Reuters reported earlier this week that Airbus had beaten its full-year target of 600 deliveries, maintaining a lead over U.S. rival Boeing. Deliveries have been seen as key to generating cash during the pandemic.

Airbus will give an update on orders and deliveries after markets close on Monday, with Boeing disclosing data on Tuesday.

Deliveries have been partially secured during the crisis by workarounds that allow some carriers to delay accounting for new planes on their balance sheets, Reuters reported in, though such agreements must also be reviewed by auditors.

With Airbus confident of beating its 2021 target by up to 11 units, the focus has turned to narrowbody production rates and deliveries in 2022 as the aviation industry tries to re-mobilise a crisis-weakened supply chain.

Galleys and seats are among the items under pressure from shipping delays or chip shortages, industry sources said, with some aircraft due for delivery in 2022 estimated a few months late. One source saw a risk of some airplanes drifting to 2023.

Airbus has not given a delivery forecast for 2022, but it is expected to be comfortably higher than 2021, analysts said.

Airbus in October rounded up its main A320-family narrowbody production target to 65 a month by summer 2023. It has been at odds with engine makers led by France’s Safran over its ambitions to push production afterwards as high as 75 a month.

In May, Airbus had said it was calling on suppliers to secure a firm rate of 64 a month by second-quarter 2023, from a targeted rate of 45 in fourth-quarter 2021.