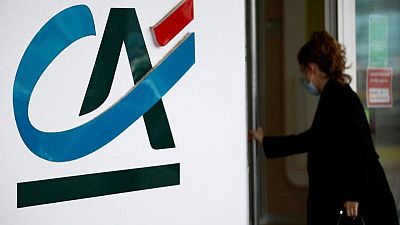 By Francesca Landini and Stefano Bernabei

MILAN -The owner of Carige said it could decide on Monday which bid for the ailing Italian lender to pursue, following reports of an offer by Credit Agricole that pits the French bank against Italy’s BPER.

Italy’s FITD depositor protection fund, which owns 80% of Carige following a 2019 rescue, said it would not comment on the reports nor “rectify incorrect quantitative indications.”

It confirmed it had received non-binding offers for Carige that were subject to a due diligence analysis during an exclusive negotiation period. Its steering committee meets on Monday and expects to conclude then an ongoing review process.

A spokesperson for Credit Agricole Italia, which in the past had denied any interest for Carige, declined to comment.

Bailed-out Carige has been hunting for a buyer after Cassa Centrale Banca (CCB), one of its shareholders, last year walked away from a proposed acquisition. CCB had taken an 8.3% stake as part of the industry-financed 600 million euro rescue of 2019.

Before Christmas the FITD fund rejected an initial takeover proposal by BPER Banca, which had offered a token one euro price and requested a 1 billion euro capital injection by the FITD.

That sum exceeded the 700 million euros the FITD was allowed to spend based on the previous year’s contributions by members.

BPER, which has been set onto an expansion path by its biggest shareholder UnipolSAI, has said it remains ready to engage in discussions with FITD over Carige.

Five-Star lawmaker Davide Zanichelli called for Rome to use its special powers to set conditions for Carige, given the 380 million euro tax benefit a buyer would pocket under incentives to foster a sale.

Carige was placed under special administration by the European Central Bank after being laid low by an excessive exposure to the fragile economy of the coastal Liguria region and decades of mismanagement.

It now needs another 400 million euros in capital, it has said.